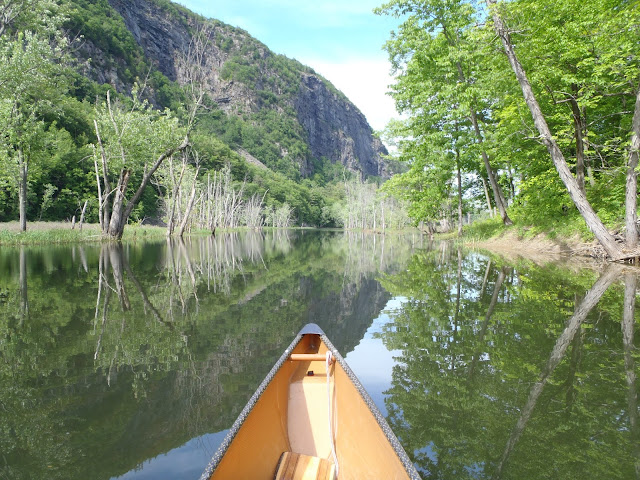 June 8, 2014 - I had Sunday and Monday off from work, it was early June and the forecast was for summery weather. It had been a while since I had last paddled the South Bay of Lake Champlain and I was looking forward to again admiring the cliffs at its southwest end as well as further exploring the inlet stream at that end. I had nothing specific planned for Monday and would let serendipity rule.
SOUTH BAY OF LAKE CHAMPLAIN - NY 22 crosses South Bay just outside of Whitehall and there is a NYSDEC boat launch and fishing pier just past the bridge. There were quite a few boat trailers already parked there and fishermen were launching their motorboats as I arrived. Most ended up heading north toward the main part of the lake. As I was getting ready I heard a familiar sound and I turned to see an osprey fly off its nest located on top of a nearby power line tower.
I paddled out onto the murky khaki-colored water, its surface sprinkled with yellowish tree pollen. Giving the fishermen on the pier a wide berth I passed under the NY 22 bridge and angled for the southeast shore. For about a mile there were some houses along the shore, then some state land with a designated campsite, a poor landing perhaps being the reason it looked like it wasn't used very much. Further along I noticed some signs marking land owned by The Nature Conservancy.
As I approached a small cliff an immature bald eagle vacated its rocky perch and flew off to a nearby white pine then took off over my head. Great blue herons and kingfishers were often seen and sometimes heard. Occasionally I saw yellow flag (iris) along the shoreline and while exploring some shallow coves I discovered some yellow water-buttercups and bullhead-lilies. Exiting a cove a mature bald eagle passed overhead while to the west tall steep cliffs peered over the water, first Little Diameter and then The Diameter rose hundreds of feet skyward. 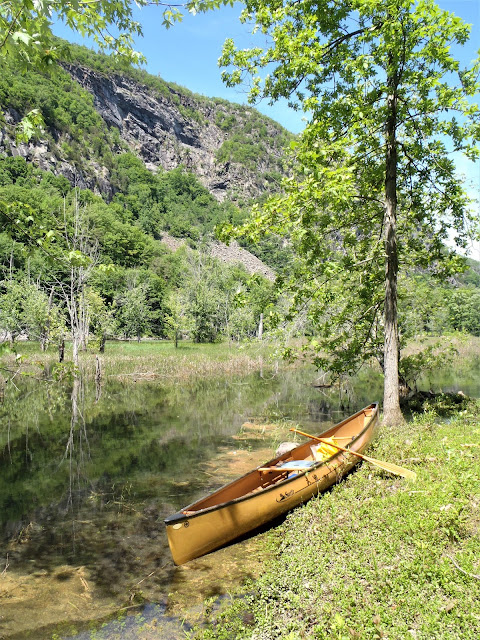 After having paddled close to five miles the shores closed in as I entered South Bay Creek and the water was amazingly clearer. I felt I was now in a wilder place. Both shores here are technically within the boundaries of the Adirondack Park.
Paddling upstream against a very gentle current I passed through a swampy area and had some difficulty locating the main channel. I had to lift over a small beaver dam then squeeze past a downed tree. The creek meandered as many Adirondack streams do and I soon reached another beaver dam, this one much bigger than the previous one. After lifting over the dam I was able to go only a little further before seeing two more dams ahead. Hearing a car go by up ahead I figured I was close to civilization again and it was time to turn around.
The Diameter was impressive as I paddled back past its lower talus-filled slope. To the east the two rocky nubbles of The Saddles on West Mountain stood out. Houses and farms appeared after Little Diameter and I still had an hour of paddling to go before reaching the boat launch culminating my almost six-hour-long trip. Observing the cliffs of The Nature Conservancy's Helen W. Buckner Memorial Preserve at Bald Mountain to the north reminded me of the time I had hiked there and what wonderful views of the South Bay were had.
Paddling upstream on the Poultney River is also very interesting - Vermont will be to your west and NY State to the East! 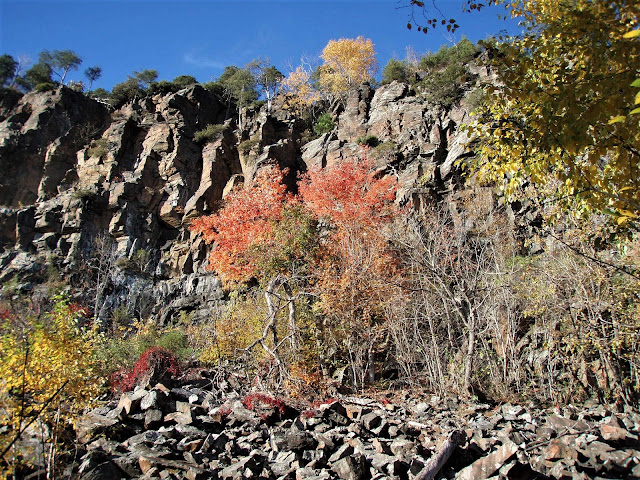 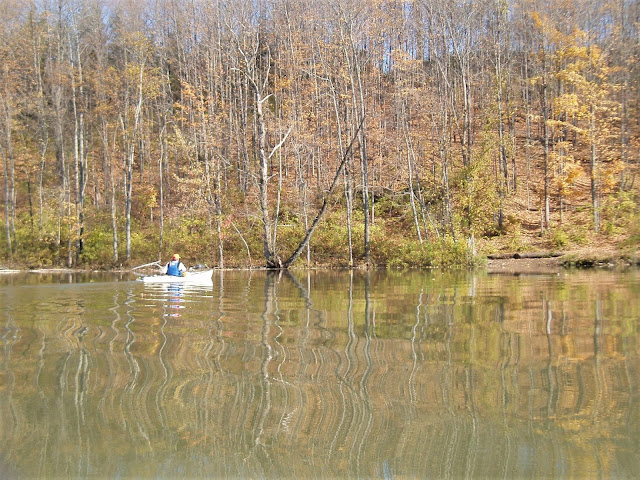 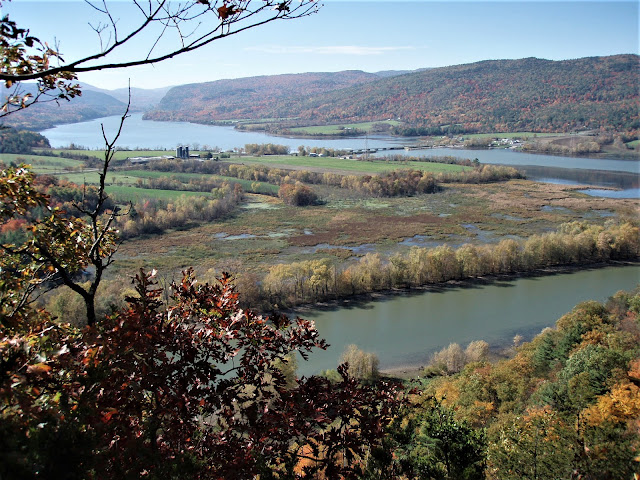 Lake Champlain is narrow and very scenic N of the Poultney River but sees a bit more motorboat activity than I would like. 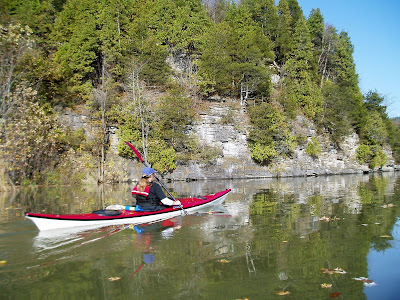 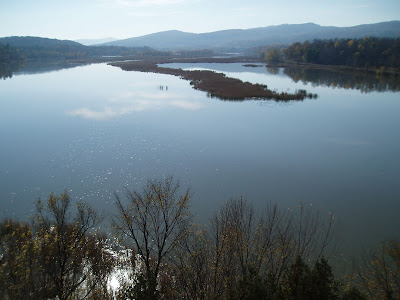 The drive north on NY 22 is quite scenic and there are glimpses of Lake Champlain en route. I was considering camping out at the state campground in Crown Point since I had never been there before but as I approached Ticonderoga I decided to head to nearby Rogers Rock State Campground on the northern part of Lake George. There were very few campers staying there on a Sunday night and I was able to secure a choice campsite next to the swimming beach. The evening's entertainment included enjoying the lake view, watching a loon and photographing a five-foot-long rat snake slither its way along the back edge of the beach.