July 26, 2018
The Gooley Club buildings on Third Lake have been removed: https://www.adirondackalmanack.com/…/breaking-the-gooley-cl…
https://www.adirondackexplorer.org/stories/inner-gooley-buildings-removed?fbclid=IwAR3bv2dvv1TRa5nSXreqSOu7BLe8WLvwaiXM7cyevSGzXtPx6UlWoKBivp0
You no longer need to reserve a campsite ahead of time - fill out a permit at the trailhead, basically 1st come 1st served. 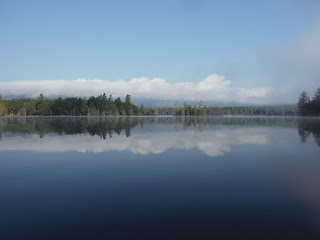 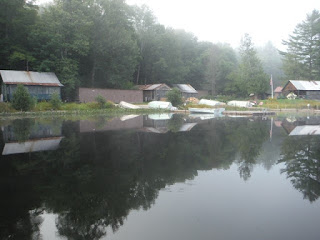 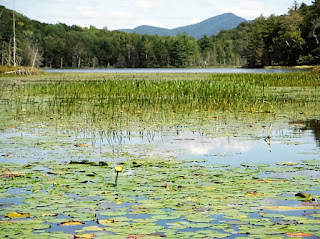 The Essex Chain Lakes Primitive Area is a recent addition to New York State's Forest Preserve in the Adirondacks located north of the village of Indian Lake and south of Newcomb. A 'primitive' designation is given to areas that are managed essentially as wilderness but contain structures, improvements or uses that are inconsistent with wilderness like snowmobiling or mountain biking. A revised Unit Management Plan (UMP) for the area should be completed by this fall and the public will have a chance to make comments before it is finalized.


In the meantime, an interim access plan is in effect which dictates how the public may recreate in the area. Day use access began on October 1, 2013 and camping has been allowed since the beginning of July. The 13 on-water campsites are by free permit only; the permit system being administered by the Adirondack Interpretive Center (AIC) in Newcomb. Campfires are currently not allowed at these sites and that might never change.


I visited the area for the day in late June and for an over-nighter in early August. From Route 28N in Newcomb it is a 10.5 mile drive to the parking area, the last half of which is on dirt roads around the west end of Goodnow Flow and are somewhat rough but should be manageable with care by most passenger cars. The dirt road was washed out in several spots this spring and the state did not officially open it up until June 27. Along this access road there are 6 new primitive campsites where campfires are allowed.


From the parking area one has to carry or wheel one's boat on the continuation of the dirt road downhill (uphill at the end of the trip) for a quarter mile then drop to the right on a rough path down to Deer Pond. The start to the next carry is just a few strokes across the pond but it is worth spending some time exploring the pond's lovely shores; look for some interesting rock formations on the south shore. There is one designated accessible campsite with a wooden dock at the pond's east end.


The 0.5 mile carry from Deer Pond to Third Lake starts with a narrow and sometimes rough path for a couple of hundred yards before taking a right on a dirt road for about 0.4 miles then a left on a grassy path down to the lake. In early August there were large quantities of juicy wild raspberries along the way and I was glad I was doubling the carry allowing me some time when I had two free hands to pick at will.


1.25 mile-long Third Lake is the largest of the Essex Chain lakes and now has 4 designated campsites all with a thunderbox-style privy (imagine an outhouse without roof or walls). The Gooley Club still occupies a number of camps in the south bay but these will be removed after the club's lease runs out in 2018. Mountains rise up to 2,000' above the lake and Vanderwhacker Mountain can be seen in the distance. A day-use-only spot on a point has a picnic table, a lovely view and is good to swim from. Good swimming spots are rare in the Essex Chain.


A wide channel with waterlilies and water shield leads into Fourth Lake. Then one paddles through a culvert into Fifth Lake, there is a rope hanging from the top which makes it easier to pull your boat through. There are more lilies plus floating bog mats in the channel to Sixth Lake which has a great view of Dun Brook Mountain to the west. Seventh Lake is just an extension of Sixth & has boggy shores. While paddling back to Third Lake look for views of Blue and Snowy Mountains in the distance.


In June, sheep laurel and blue flag decorated the shorelines and we twice saw whitetail deer. Loons were often seen and heard and beaver became active in the evening.


A short wide channel separates Third and Second Lakes. A large beaver dam blocks the way out of Second Lake and one has to carry 150 yards around the rocky channel into First Lake. First Lake has 2 old campsites reserved for folks who come in by float plane. We found several aluminum canoes and rowboats stashed here as well as some trash and structures.


The adventurous can paddle the outlet of First Lake for almost 2 miles going over one tree and a few beaver dams. Pickerel weed and cardinal flower color the way. The outlet then goes over a spectacular waterfall and a short bushwhack on foot leads to the Rock River.


From end to end it is only 4 miles of paddling in a direct line from First through Seventh Lakes but if you explore the shorelines you can easily cover 10 miles. The Essex Chain Lakes are a very worthy and scenic destination but don't expect great campsites or spots to swim from.


More details, maps and camping information can be found on the NYSDEC website at www.dec.ny.gov/lands/91888.html.