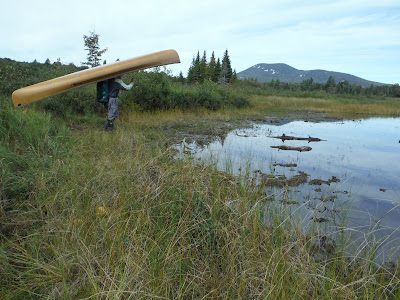 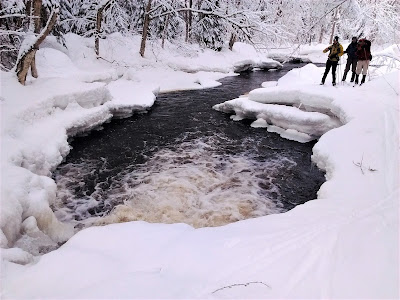 Feb 29, 2020 - ROCK RIVER & ROCK LAKE. Blue Mtn WF. Only 1-3" powder on 2' base - the trail had a frozen snowshoe trough which was not great for skiing steeper sections but off-trail in the hardwoods was pretty nice skiing, overall good to very good skiing. Temp in the mid-teens. Rock River Trail drops 300' in the first half mile, then L on snowmobile trail for 100 yards then R on the red trail. Short detour to the lake (could see Sawyer Mtn to the S but could not see Blue Mtn) then rolling terrain with a final steep drop to the river at 3 miles. Followed the riverbank upstream the whole way to the lake, much of the time on firm ice shelves (fun) but sometimes into spruce/fir woods (not much fun) - the scenery was superb, the biggest falls/rapid was mostly iced-over. Crossed the lake & picked up the trail again. Made the climb back to the car easier by chalking some green kick wax on the glide zone of skis. 6.5 miles, 5.6 hours. 2 drew blood on their heads, 1 went thru the ice twice - not me. 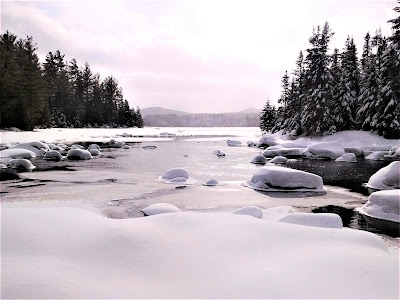 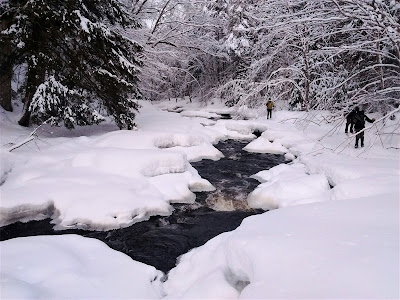 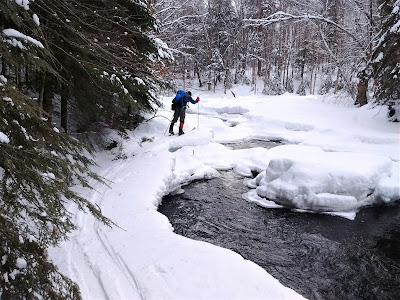 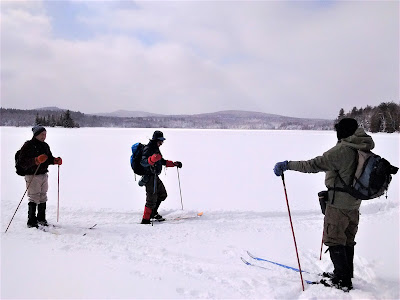 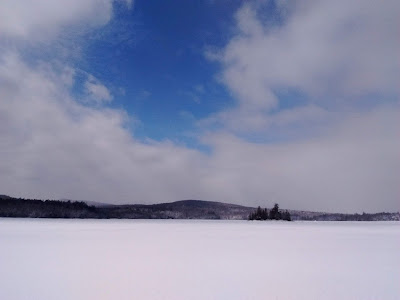 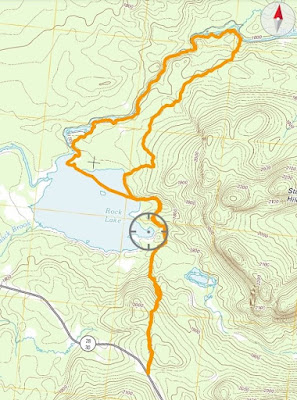 Sep 21, 2015 - ROCK LAKE & ROCK RIVER. 30F in Saranac Lake this am, high 30s where I camped. 0.7 mile carry to the mucky lake shore. Paddled upstream on the river for 1 mile to rocky rapids. Bushwhacked 0.25 miles on S shore - only saw a 200 yard stretch of flat water. Back to the lake, lunch at a piney campsite. Short distance downstream on the river before rocks block the way. Circuited the lake. Views of Blue, Dun Brook, Sawyer & Snowy Mountains. 7.5 miles, 5.2 hours. 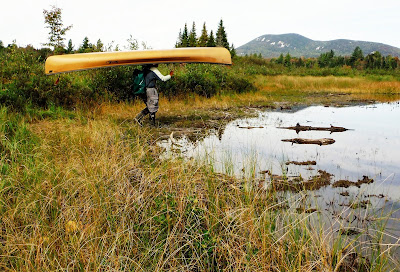 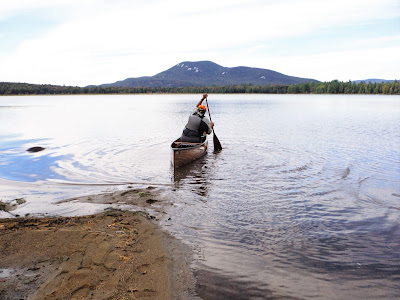 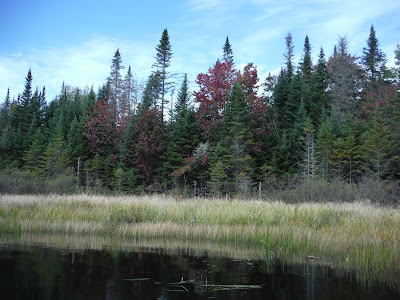 Feb 12, 2012 - ROCK LAKE & beyond, NW of Indian Lake Village. Still 15"-20" snowpack here. Hard-packed half mile trail to the lake, fair skiing. Great views of Blue & Dun Brook Mtns from the lake. Lake surface half ice half thin snow. Picked up the Rock River trail from the NE part of the lake. Still could make out our tracks from Jan 30 - good skiing here, a bit icy under softwoods but mostly nice under hardwoods - a couple of steep hills make this intermediate. Found the old abandoned snowmobile trail to Unknown Pond, marked with ribbon, snowmobile trail markers & reflector markers (none seen where it leaves the Rock River trail) - not too hard to follow despite minimal use (probably no use this winter before we got there) - easy terrain, very good skiing, sunk in 2"-3", went about a mile before returning. Good headwind when skiing back across the lake - very nice scenery took away some of the sting. 5.3 hours. 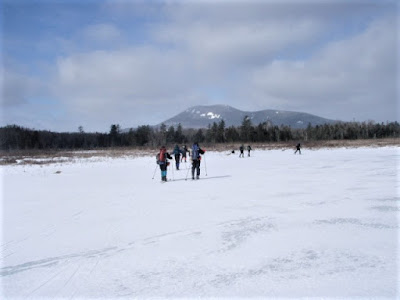 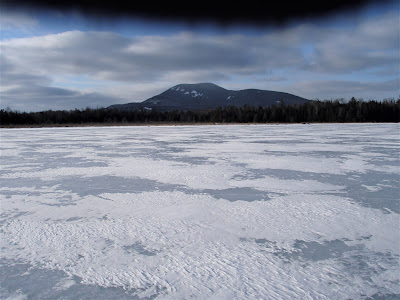 Jan 30, 2012 - ROCK RIVER from Rtes. 28&30 (NW of Indian Lake Village). 18" total - 12" base, 6" powder; perhaps a little better skiing than yesterday (less wetness in the base). Red trail 3.2 miles to the river then off-trail following the river upstream for about a mile often skiing on snow-topped ice shelves at river's edge - exciting scenery with rapids & a falls (a bit scary going up the side of the falls). Loss of 350' on way in, a lot of it in half a mile near beginning of trip - best for better skiers. Also marked as a snowmobile trail but bilers aren't using it - a better trail for snowmobilers is crossed about a mile from the road. A very steep downhill before reaching the river - I found a less steep route off-trail. Rock Lake slushy so did not cross it. 7.4 miles, 5 hours. 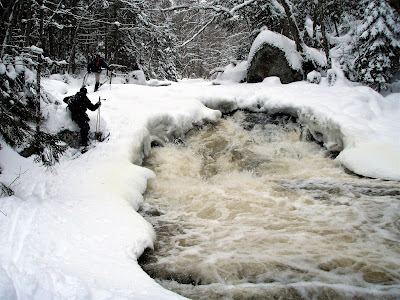 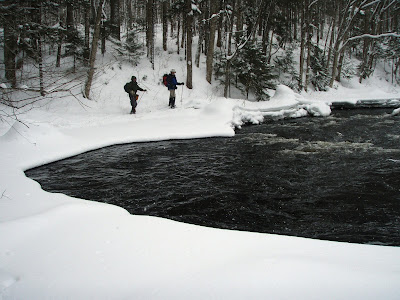