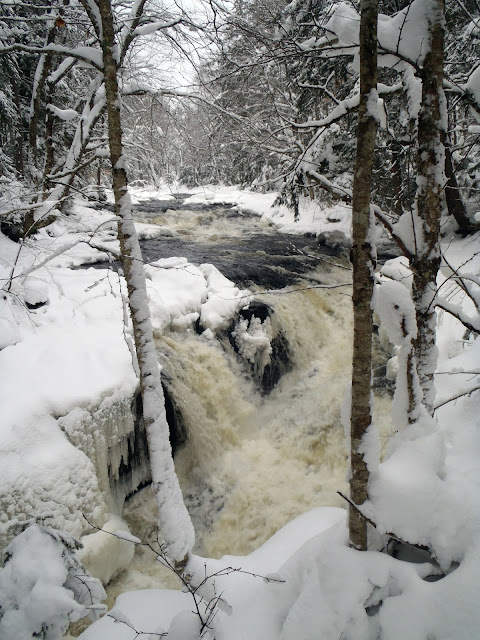 Mar 16, 2015 - PA'S (aka WINDING) FALLS. Bog River Ski Trail.
Jan 6, 2013 - PA'S FALLS ON THE BOG RIVER. 20" - much powder over a wettish base. Bridge over Round Lake Stream. S of the bridge an old road passes the sites of the "Bog River Hilton" & other camps that the state removed soon after purchasing the land eventually reaching a gate at the edge of state land - some blowdown. NW of the bridge an old road (now also canoe carry for those doing the Whitney Loop) goes up over a hill for 2 miles before reaching the bridge over the Bog River. Crossed the bridge & skied downstream a bit to the spectacular falls - lots of water dropping over 20' between icy rock walls. 6+ hours.
Dec 30, 2007 - PA'S & SPLIT ROCK FALLS, BOG RIVER on unmarked trail from Rt.30 (0.2 miles S of Rt.421). 20" in the Tupper Lake area - bit of an icy crust made for more challenging skiing. 1.5 miles on rolling hilly terrain, soon reach Bog River then follow Round Lake Outlet. A R on dirt road goes over a good bridge, bear R long uphill then drop to cross bridge over the Bog River - a R turn leads to best spot to enjoy noisy Pa's Falls which drops 30'. From bridge continued on old logging road, bearing L then turning L (following orange ribbons) & reach 6' Split Rock Falls in 10 mins. The river upstream is calm - pretty spot. The camps we saw last year have already been removed - area was recently purchased by the state. Lots of deer tracks. Intermediate. 7.5 miles, 5 hrs. 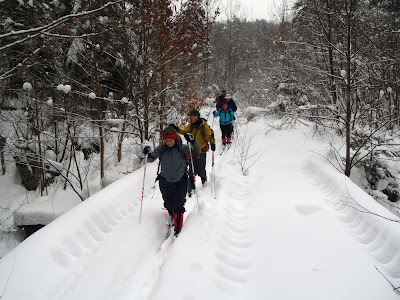 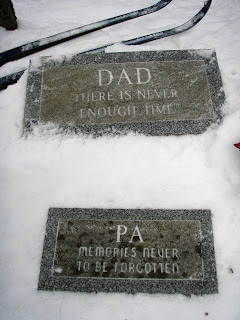 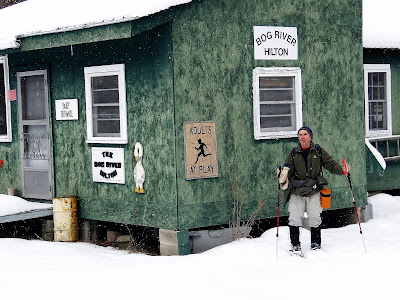 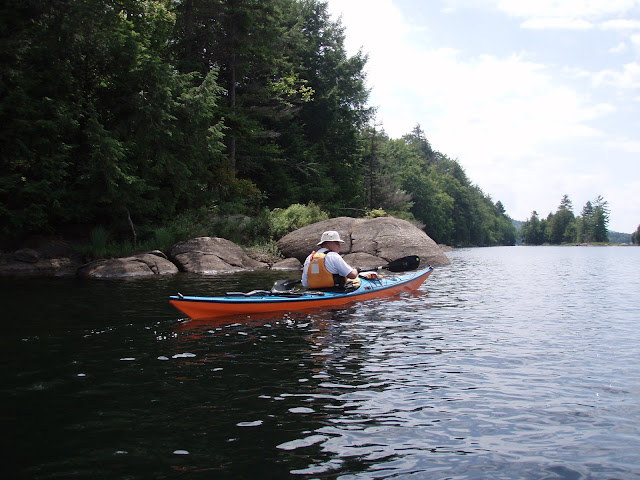 Indian Lake is a 14-mile long body of water in the south-central Adirondacks. Seventy-five percent of the lake’s 49-mile shoreline is state land and comprises the Indian Lake Islands Campground. The primitive (no showers or running water) campsites are scattered around the 4,365-acre lake, primarily on the east shore and on the islands. In summer, these accessible-by-boat only campsites are much in demand and can be reserved through ReserveAmerica.com. The camping season is mid-May through Columbus Day – before and after that the camping is free. The campsites have a picnic table, fire pit, and outhouse. The fact that there is only one public boat launch on the lake limits the number of boats, whether motorized or not, that can be on the water at any one time. The paddler will not have to deal with a lot of motor-boat traffic and noise especially compared to other larger lakes like Lake George and Great Sacandaga Lake. There is a parking fee in-se
Read more

I enjoy getting away from civilization and always look forward to visiting the wild areas of the Adirondacks. However, in most years, Adirondack waterways do not become ice-free until at least the middle of April and many ponds and lakes may not open up until the end of the month. There are several good options in the lowlands outside of the park though - the Kayaderosseras Creek in Saratoga County is one of them. One can paddle the Kayaderosseras (most folks pronounce it Kay-duh-ross) as a one-way downstream trip or do an up and back trip from one launch spot. Spring water levels are usually good and there is some current – it may be a bit more work paddling upstream but you can be assured that the return downstream will be easier. Before you paddle the “K”, check out the website of the Friends of the Kayaderosseras (https://kayadeross.org/) for any updates and information on their spring clean-up days on April 28 and May 4. From Rock City Falls to Ballston Spa, the creek i
Read more 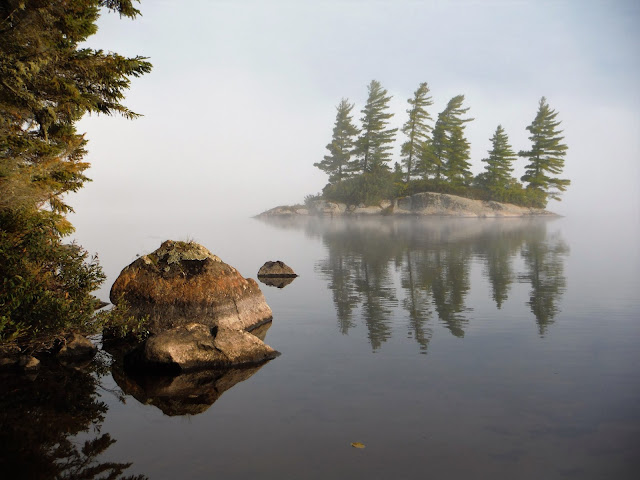 William C. Whitney Wilderness Area. Aug 4-7 (Wed-Sat), 2022 - Hoped to get a campsite down at the W end of the lake, well away from civilization (no sights or sounds except for 1 or 2 planes flying over).  Moderate headwind - waves up to 1'.  After paddling 3.5 miles, found #10 available & it was big enough for our group of 8 - long sand beach made for a good landing & swimming.  Red pines & hemlocks on a small bluff & a good view.  Thunderbox & fire ring.  After setting up camp, paddled around the islands near the S shore.  Loon.  Got out for a look at the Camp Bliss campsite - buggy, not desirable.  Headed up Charley Pond Outlet, under a very low bridge (slipped over a minor beaver dam, no other obstructions), & further upstream, over 1.5 miles from the lake, 40'-60' wide, lots of pickerelweed.  Back to camp.  Merlins.  Lots of loony tunes.  11 miles on the day. Day 2 - Colorful sunrise with loony tunes.  Mostly cloudy, warm day, 3 very brief
Read more